Understanding the Two General Types of Arrests in Connecticut 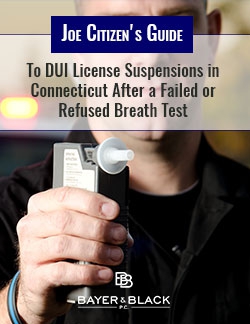 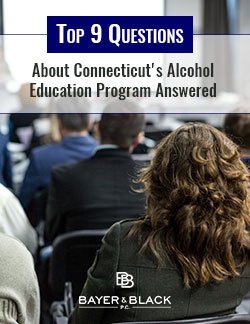 From our offices in Wilton, we help the residents of Fairfield County in a wide range of legal matters including criminal defense, divorce, car accidents, real estate, estate planning, business law and probate. Submit the contact form now and we will be in touch in less than 24 hours.

There are two different types of arrests. There is a custodial arrest which is the type most often thought of when people hear the term. This means that a person is detained, placed in handcuffs, and removed to the local police department. However, there are also non-custodial arrests. This occurs when a person is given a misdemeanor summons or an infraction ticket and allowed to leave the scene without being processed at the local police department. With offices in Danbury & Wilton, we have extensive experience representing clients who have been arrested in CT, and we're ready to guide you through the process of resolving your case.

Custodial arrests can be from an ongoing or recently completed crime, or because the police have an outstanding arrest warrant issued by the court.

Non-Custodial Arrest Means You Are Allowed to Leave the Scene

If you are arrested and allowed to leave the scene, then the next step for you is to appear in court on the date selected by the police officer and listed on the summons or ticket. If you have only been charged with an infraction, then you will be given a mail-in ticket which can be handled without ever having to appear in court. If you decide to plead "not guilty" and send the ticket in to the centralized infractions bureau, you will then get a court date assigned to you and you will be notified of that court date through the mail. If you fall into this category you can skip ahead to the information that follows about what you should do when you get court.

Custodial Arrest Means You Are Taken Into Police Custody

Consult With an Experienced Criminal Defense Attorney After an Arrest

In either scenario, whether you are taken to jail or allowed to leave the scene of the arrest, the clock is ticking and so you need to contact Kevin Black to discuss your situation and let him guide you towards a resolution of your case.